Transition Town Kenmore’s permablitz initiative has been profiled in the Westside news.

The concept of Permablitzs originated in Melbourne and involves transforming lawns and backyards into productive fruit and vegetable gardens built using the principles of permaculture.

The recipient of our first permablitz, TTKD member Louise Orr told Anna Hilton from the Westside News how it took a “team of 16 people just two hours to make-over my entire garden and we’ve been eating from it all summer”

Transition Kenmore operates not just in Kenmore but over the whole of the Pullenvale ward and has more permablitzs planned in the near future. Even if you are not a Transition Kenmore member you are welcome to get involved in this imitative and have your own place blitzed. For more information on our blitzes see our blog or email us at transitionkenmore ‘at’ gmail.com. More information about the blitz of Louise’s garden can be seen in these before, during and after posts.

Come and get your fingers dirty at Paradise Street Community Garden

Transition Kurilpa will be helping out at the Paradise Street Community Garden, this Sunday, March 7th.

This is a regular social gathering on the first Sunday of the month – good local food, cob oven pizza, weeding, making new friends and supporting one of our local Community Gardens.

So come on down and welcome in the Year of the Tiger.

The Transition Town movement is gaining momentum in cities and towns around Australia as small groups of motivated individuals come together to make positive changes in their communities.

Our group of panellists are all involved with a range of projects and initiatives that demonstrate resilience and adapatability on an individual and community level.  Collectively, they are providing education, advice, support and encouragement to those keen to learn more about how to build a richer and more vital community.

Come along and hear our terrific panellists and join in the Q & A session.

Phil Heywood: Phil Heywood is currently Associate Professor of Urban & Regional Planning in QUT and a Fellow and former President of the Queensland Division of the PIA. He is the author of a number of publications including: Planning & Human Need (1974) on the social role of planning and The Emerging Social Metropolis (1997) on the future of metropolitan regional planning.  His latest book on Community Planning is being  published by Wiley-Blackwell in late 2010

Howard Nielson: Principal Consultant and co-owner NAC Consulting.  Howard Nielsen lives at Samford and conducts his family consultancy company with a focus on sustainable business, leadership and community engagementHe was previously CEO of an organization that was listed in the top five “learning organizations” in Australia.  Howard is currently working with fifty businesses in three Queensland communities to help them develop sustainable business practices and sustainable local economies.

Andrew (Wilf) Wilford: Andrew is an Associate Professor in the School of Sustainable Development at bond University.  He is passionate about leading the professionalism of project managemet and has been actively involved with introducing project management into the Climate Change arena.

Emma-Kate Rose: Emma-Kate is currently the Enterprise Development Coordinator for the Food Connect Foundation, leading projects that include the Sustainable Farmland Trust and New Farmers Pathway.  She also provides support for Food Connect’s community franchises in five cities around Australia.  In 2006, Emma founded the Ashgrove Climate Action Group, and in 2007 started Brisbane’s first commercial car-sharing operation in Brisbane.  She is a founding member of the Brisbane Transition Hub.

Cost: $25.  Free for subscribers of The Brisbane Institute. Bookings and pre-payment required.

Green Drinks at Flowers of the World, Southbank

If you have a passion about sustainability, come along and network with like-minded people in a social environment. Please invite all of your friends.

It is a cash bar. All beers, wines and other beverages are organic. 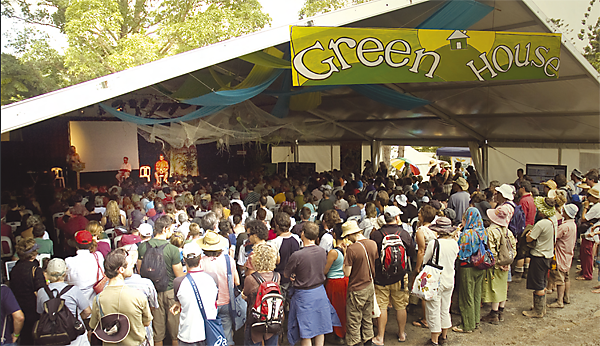 Transition Town initiatives offer hope, as we meet the challenges of peak oil and climate change. Towns, cities, islands globally are following the Transition model. Hear how local communities are taking action – their strategies and how you can be part of it too! You can listen to the talk and question time by going to the Greenhouse website here.

Understanding climate change: Spotlight on the “skeptics” and Climate Change Q & A

The November meeting of Transition Kenmore District is an opportunity to bring along friends, family, neighbours who are either inquisitive or skeptical to our:

Q & A on Climate Change.

As we move closer to the important decision making event at Copenhagen we need to assist as many people as possible to be as informed as possible.

Dr Philip Machanick will be giving a short presentation
“Understanding the science by being skeptical of the skeptics.” Looking at some of the “skeptics’” arguments and asking, how well do they really stack up? And, would a true “skeptic” believe their “evidence”?

Followed by a Q & A on Climate Change with our panel to help answer your questions and arm you with the knowledge to discuss climate change with friends and family.
On our panel are Dr Philip Machanick, Dr Doone Wyborn and Mike Clark.

If you have ever wondered.
Whats a tipping point? How do greenhouse gasses work? What’s the latest science telling us? What sort of a world are we leaving for future generations? How do we know it’s not the sun? Then come along and find out.
Be informed, Be there! 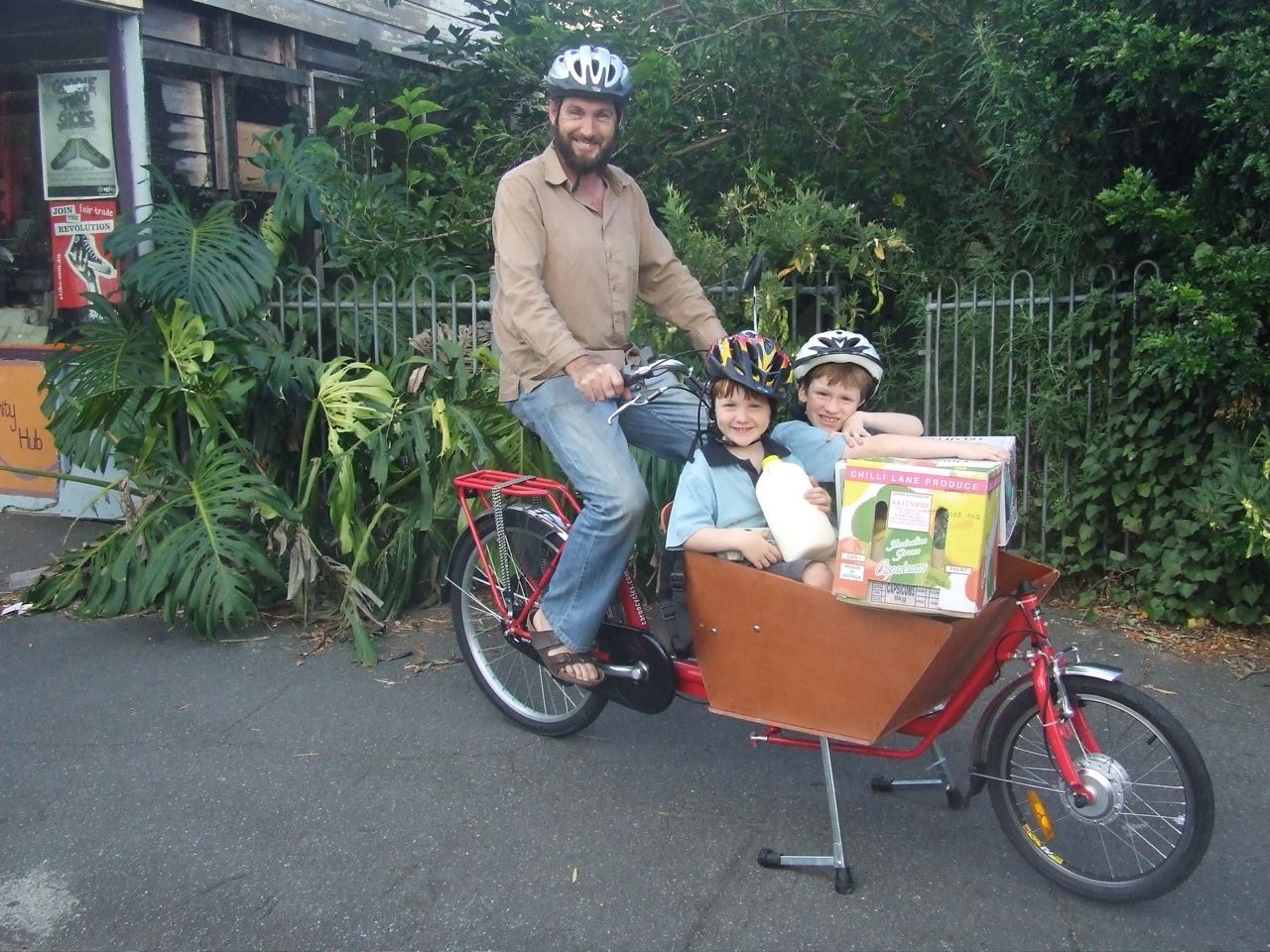 Published in the Courier Mail Tuesday, 8 September 2009 by Graham Readfearn

THE year 1938 should have a significant place in the lives of two of the world’s largest groups of addicts – two collectives which whether we like it or not, we’re more than likely a fully signed-up member to at least one of them.

1938 is the year when the founders of the Alcoholics Anonymous movement first established their very godly 12 steps to unravelling lives from the demon drink. That same year – within just a few weeks of a key meeting in the life the AA movement – US geologists struck oil in Saudi Arabia, a country which more than any other has fed the world’s addiction to cheap fuel. While one group work on a cure, another finds a wholly more substantial and pervasive substance to get addicted to. More

In the past, solar power generation has been largely limited to niche applications (space satellite, telephone repeater stations and remote homesteads) and applications by dedicated enthusiasts, but the technology is now increasingly being adopted by mainstream grid-connected households and businesses.  As solar power gains wider application and costs are reduced, will the technology reach the stage where it can compete head-to-head with grid electricity from coal and gas-fired power stations?

Russ Holmes and Rob Farago will discuss their vision for solar energy to reach Grid Parity in Australia.  Russ and Rob are co-founders of the company Local Power, which has supplied 250 residential photovoltaic power systems, with over 350 kilowatts capacity, to Brisbane households.  They are convinced that leaders of the PV industry realise that the industry cannot rely indefinitely on government subsidies or rebates, mandatory renewable targets and feed-in-tariffs.  They envisage that the cost of electricity generated over the life of a PV system will be less than the retail cost of electricity from the grid.  This, they will argue, could be achieved as soon as 2012 in many markets, based on price trends in PV panels, the supply chain, and the cost of grid electricity.

Parking:    The nearest parking is across the river at the Cultural Centre or Southbank, with
walking access via the Victoria or Goodwill bridge.

There is no charge for attendance, and no requirement to RSVP.