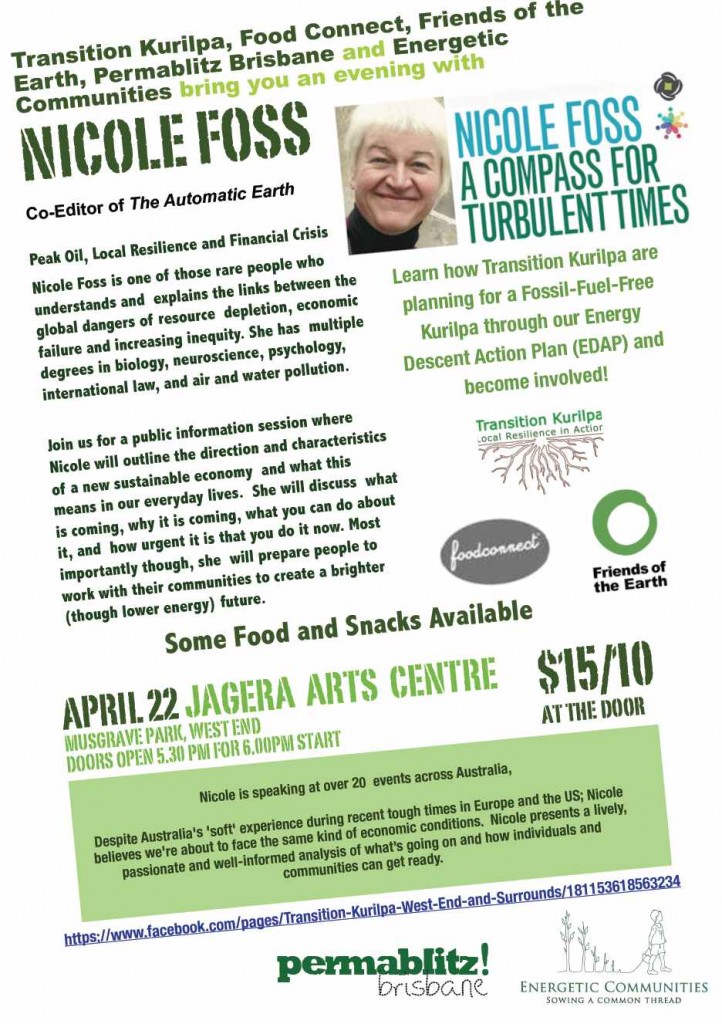 One Response to An Evening with Nicole Foss